Tarot playing cards date back to the 15th Century. Similar to the standard playing cards with four suits, the tarot pack has an additional trump suit of 21 cards and  Fool. These trump cards are also known as the Major Arcana.

This series of 22 prints is a 21st Century take on the traditional imagery. The english and french titling references the Marseilles deck of cards that were designed in the 18th Century which gained widespread popularity as a result of the invention of the printing press. 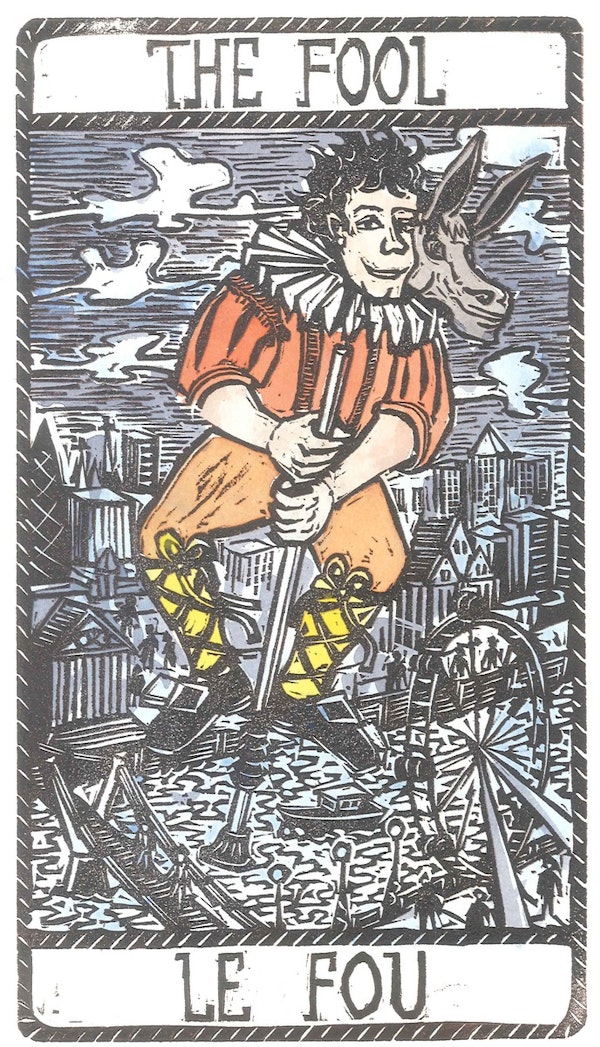 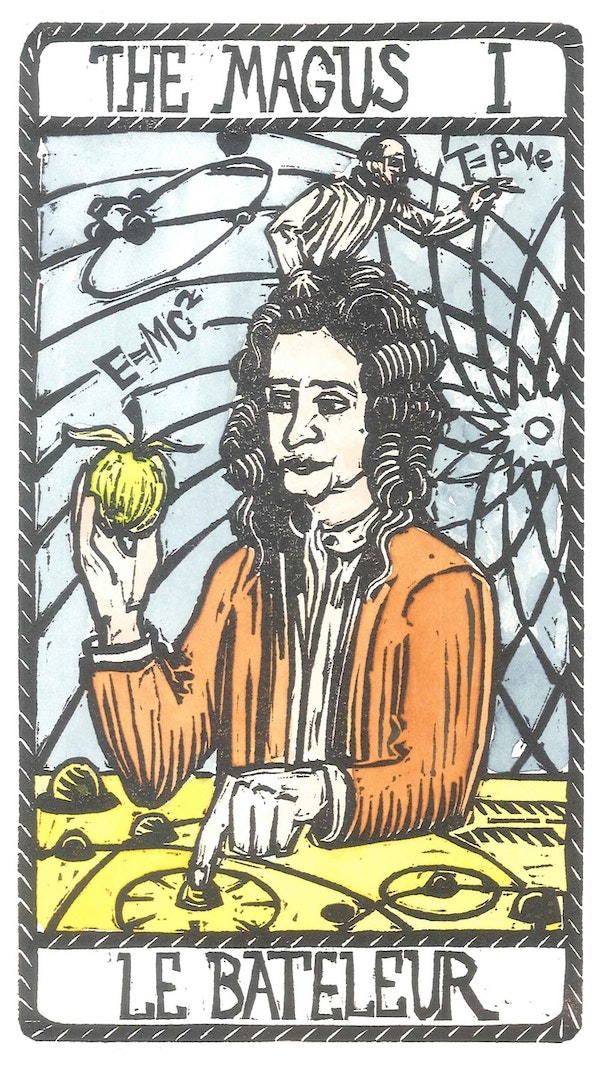 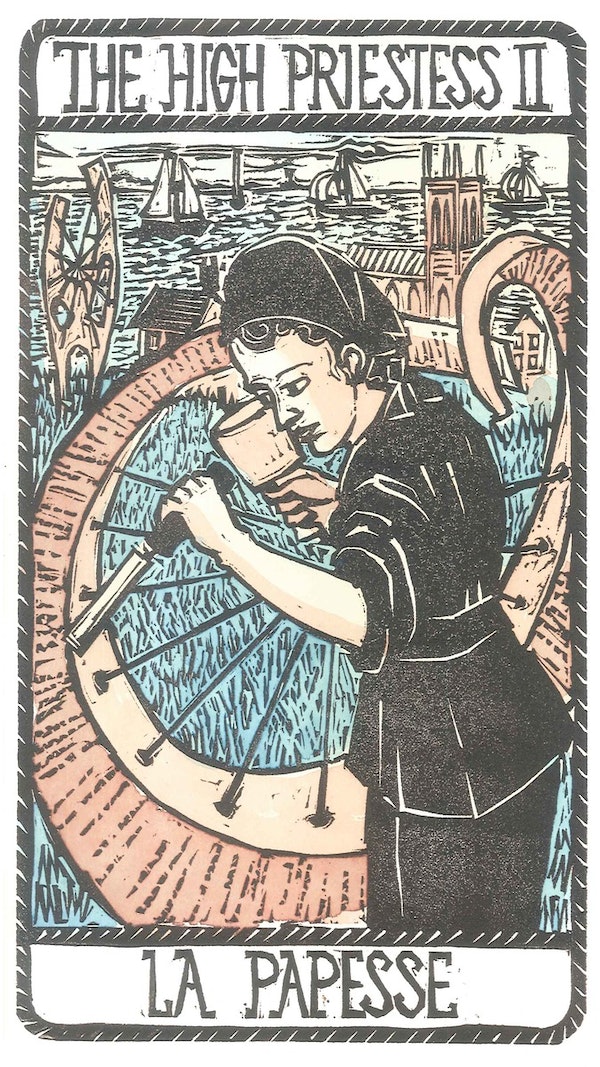 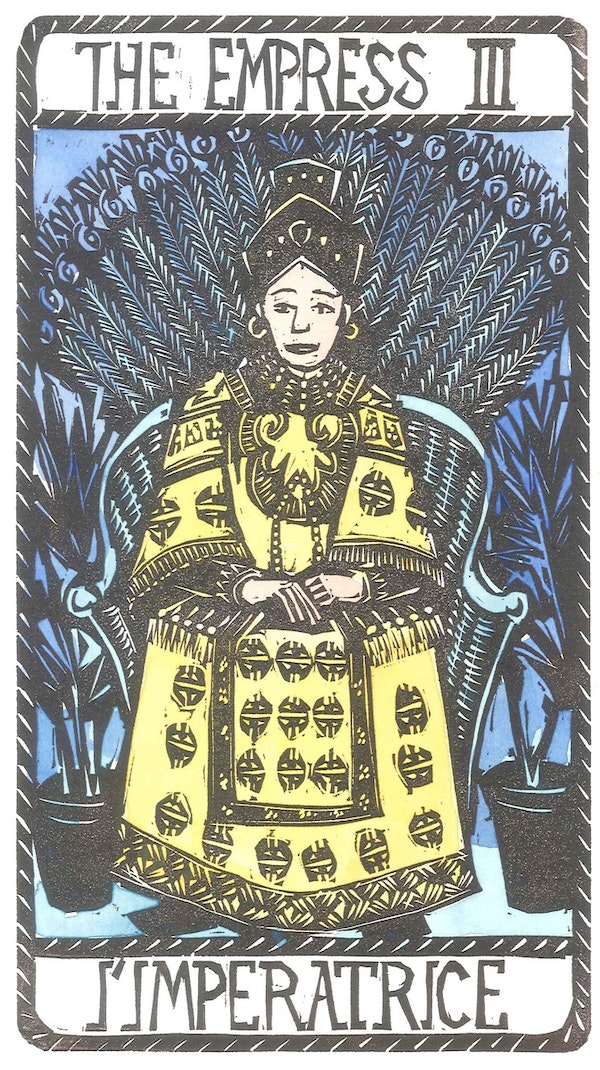 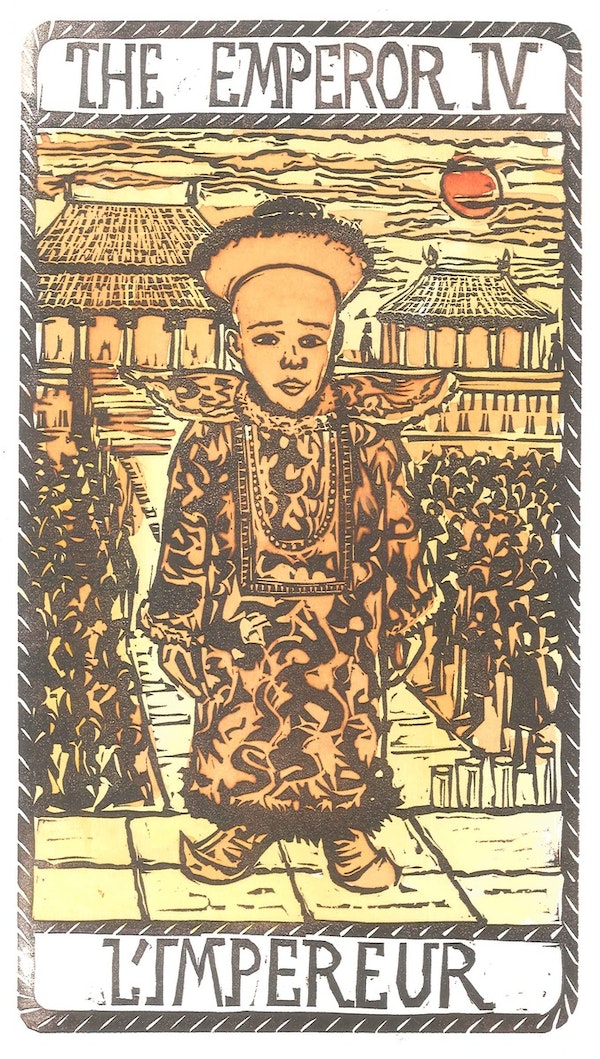 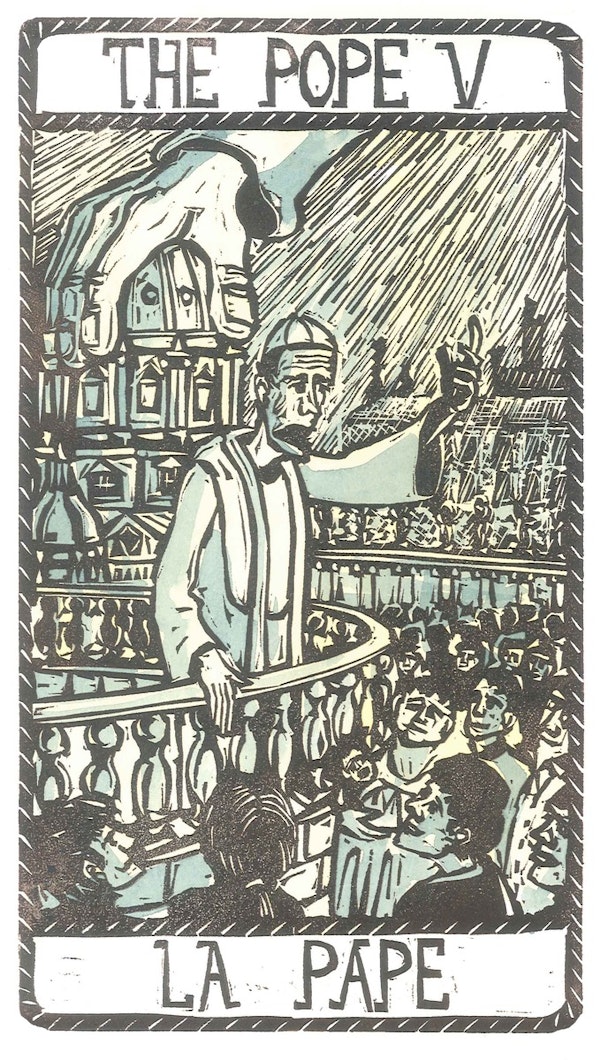 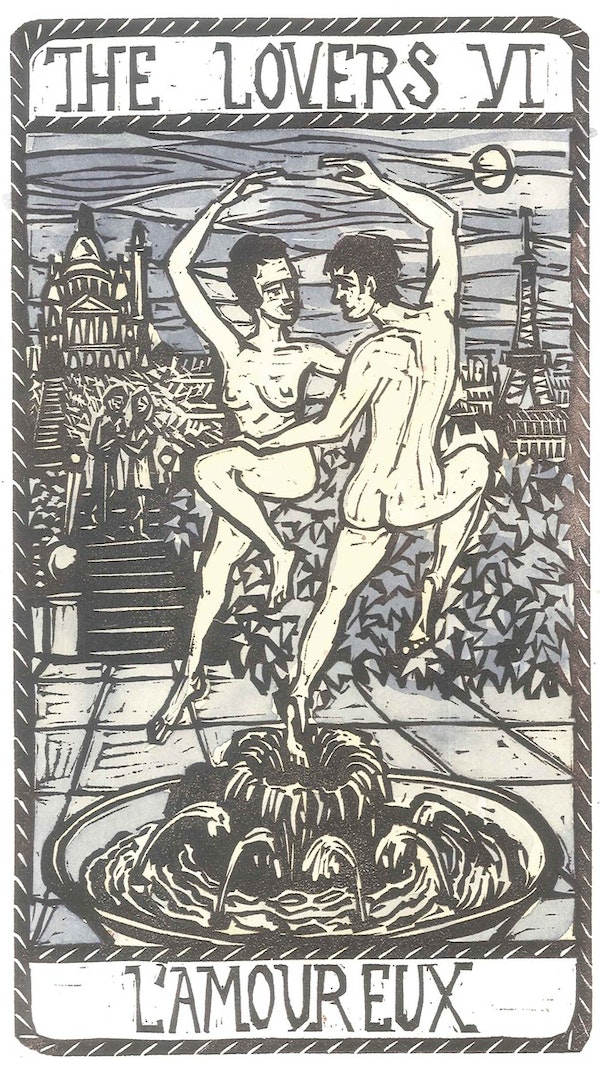 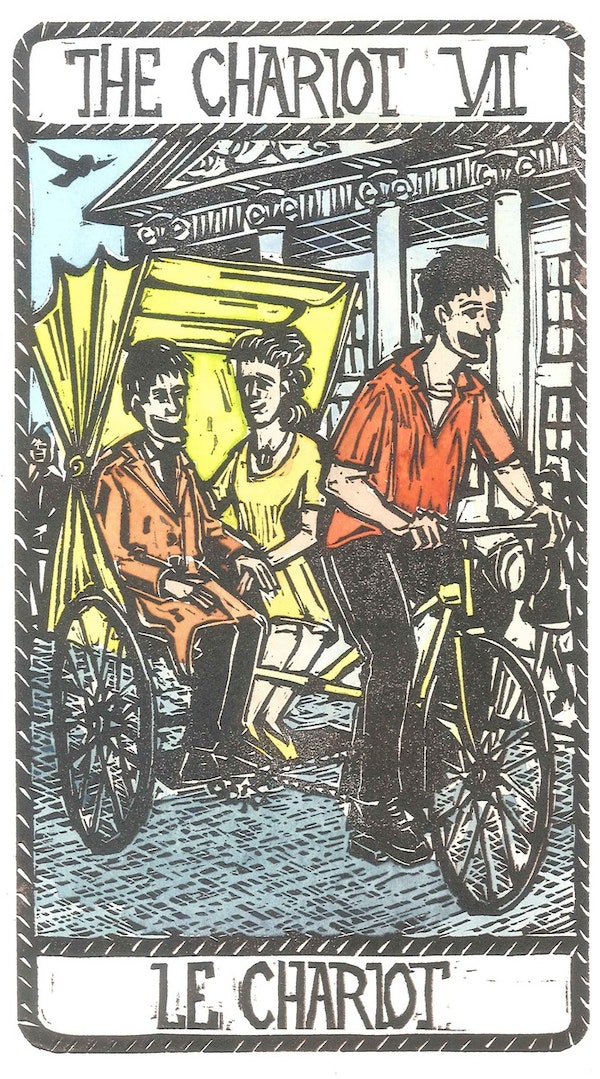 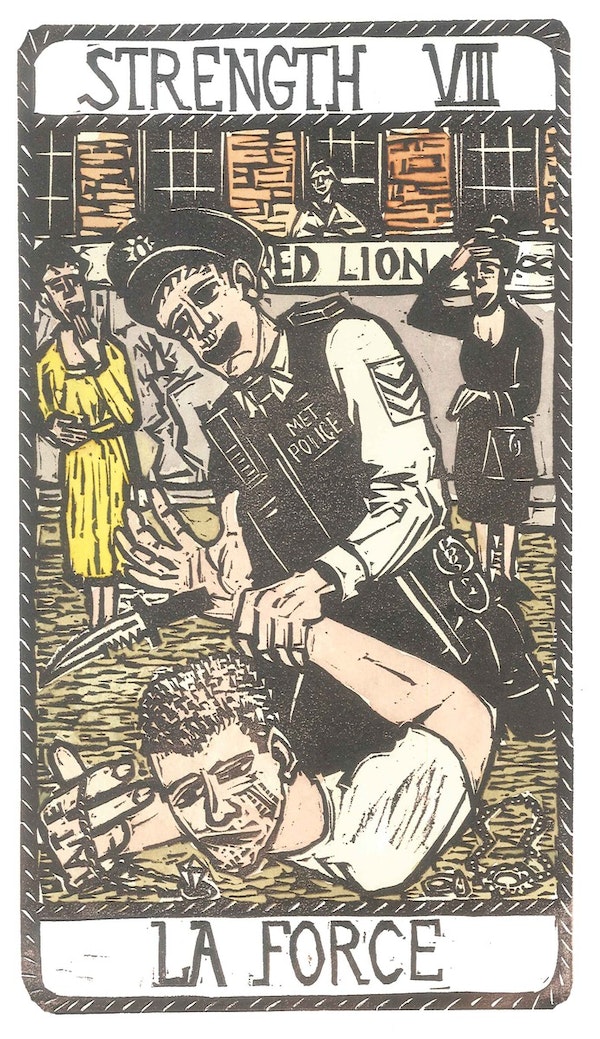 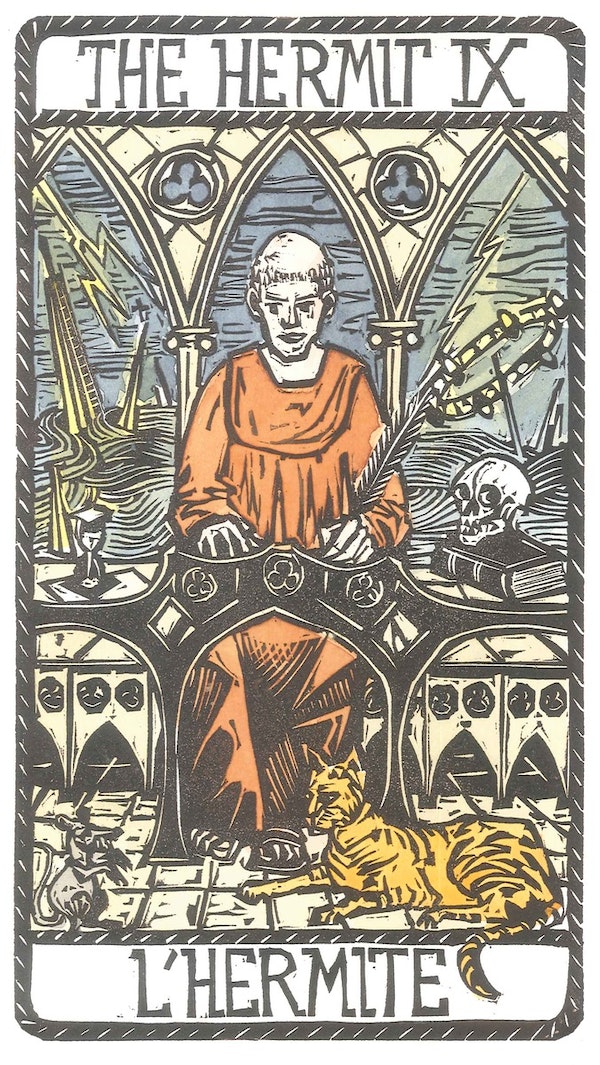 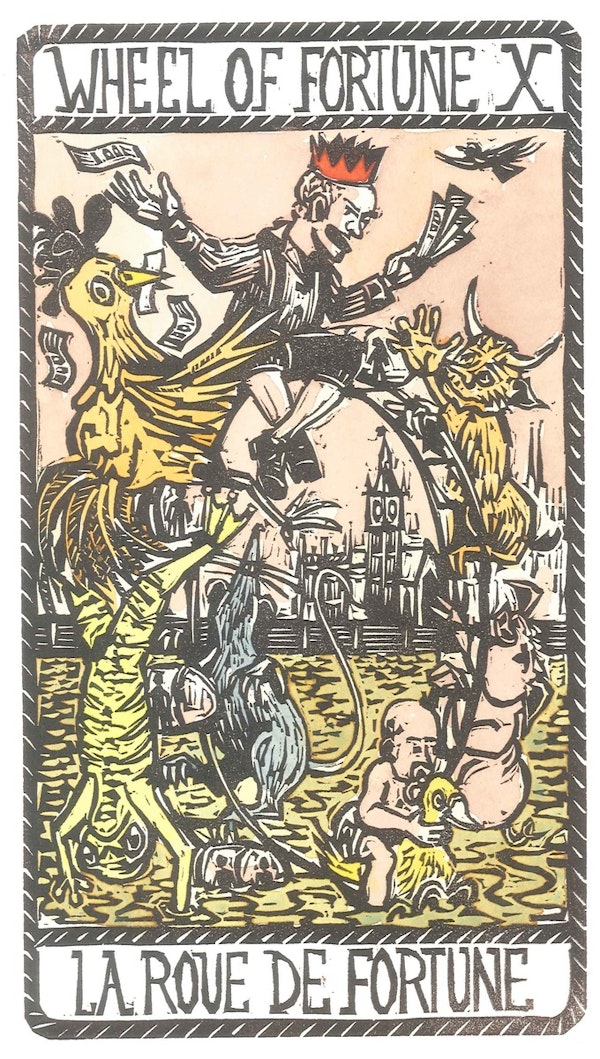 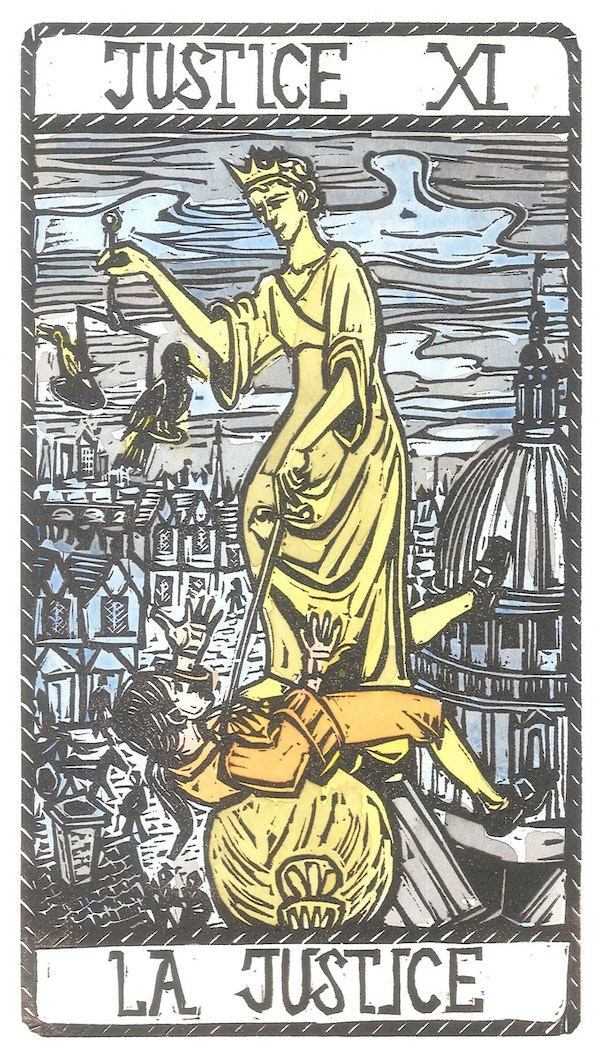 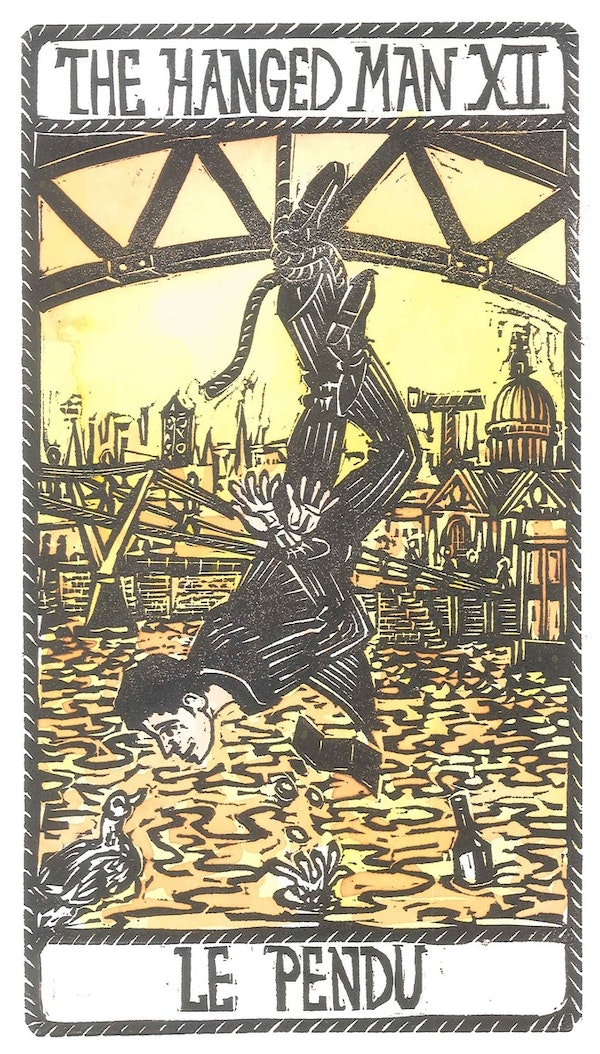 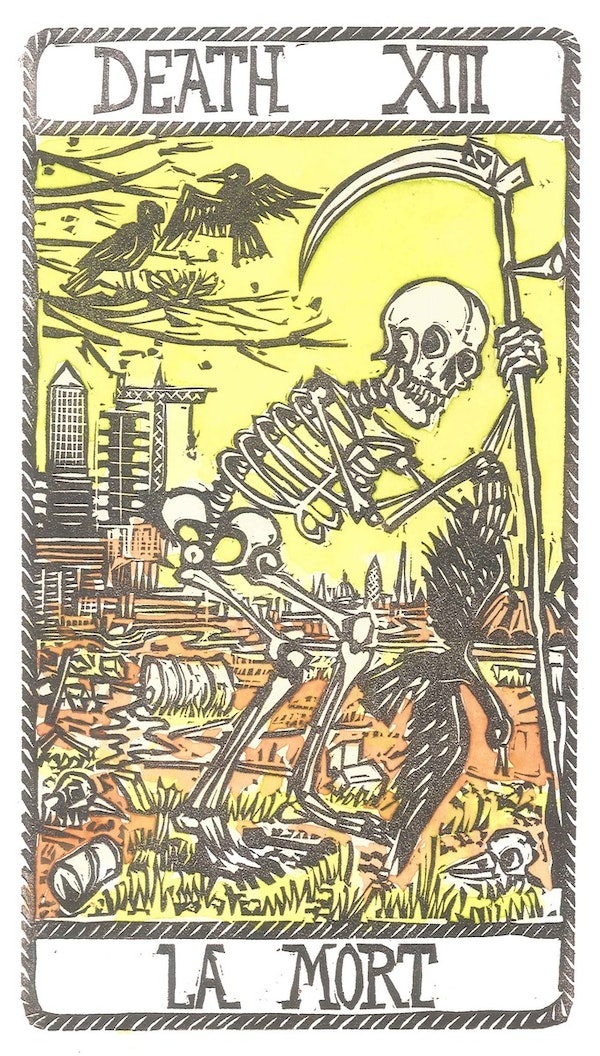 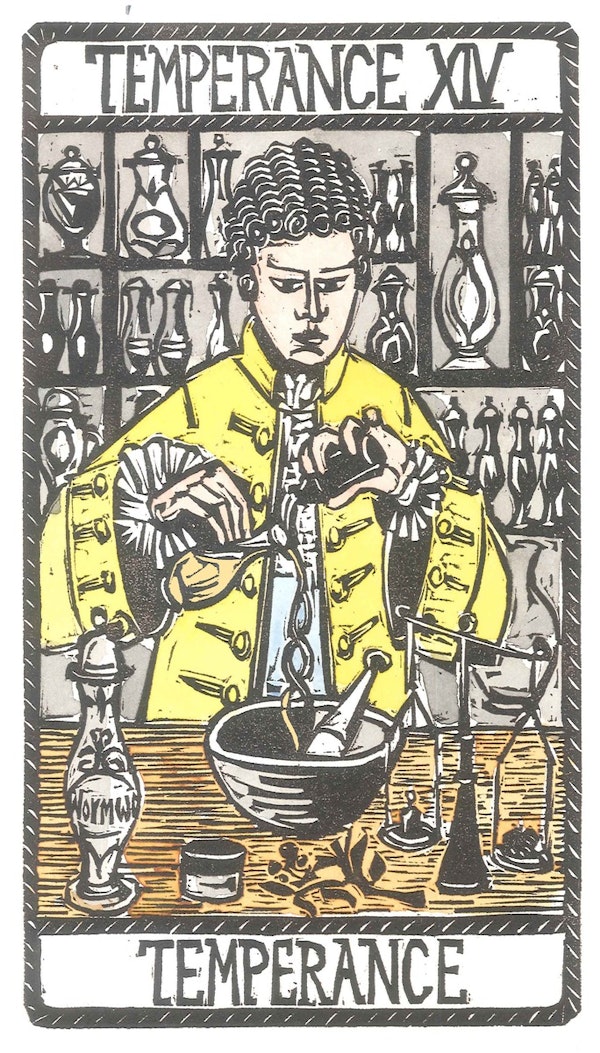 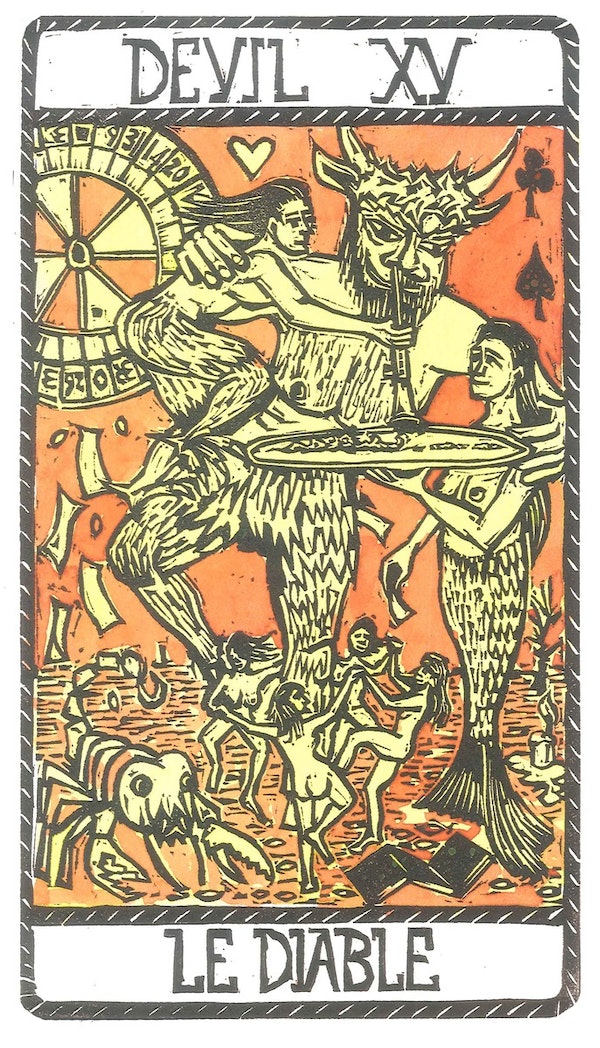 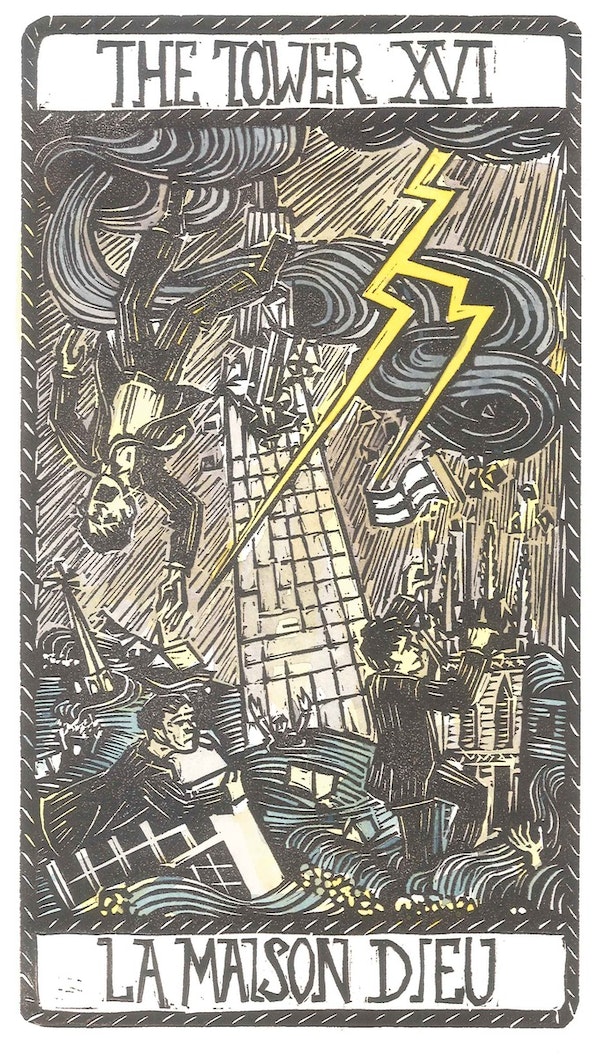 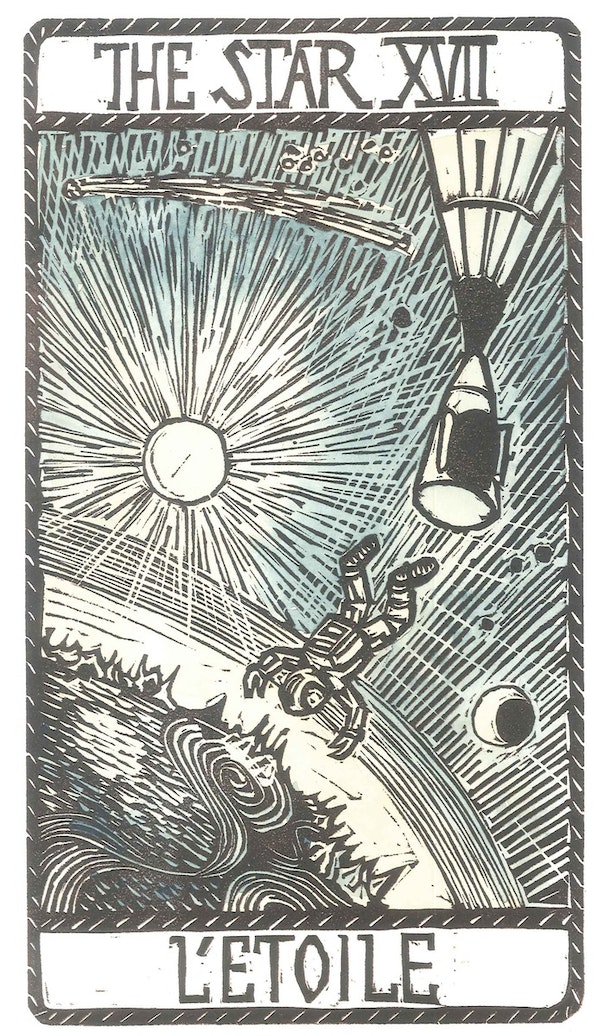 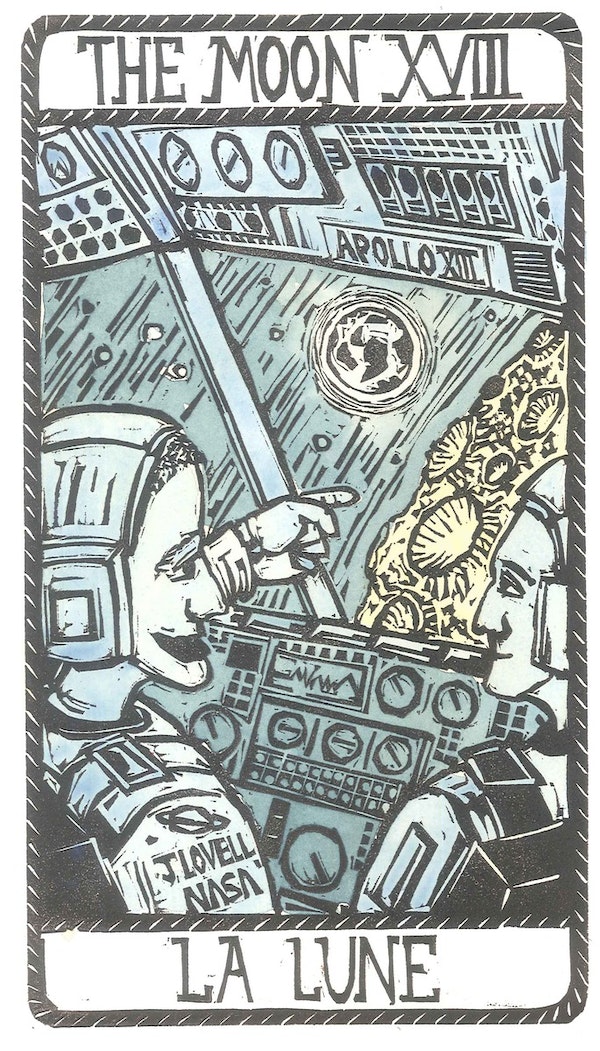 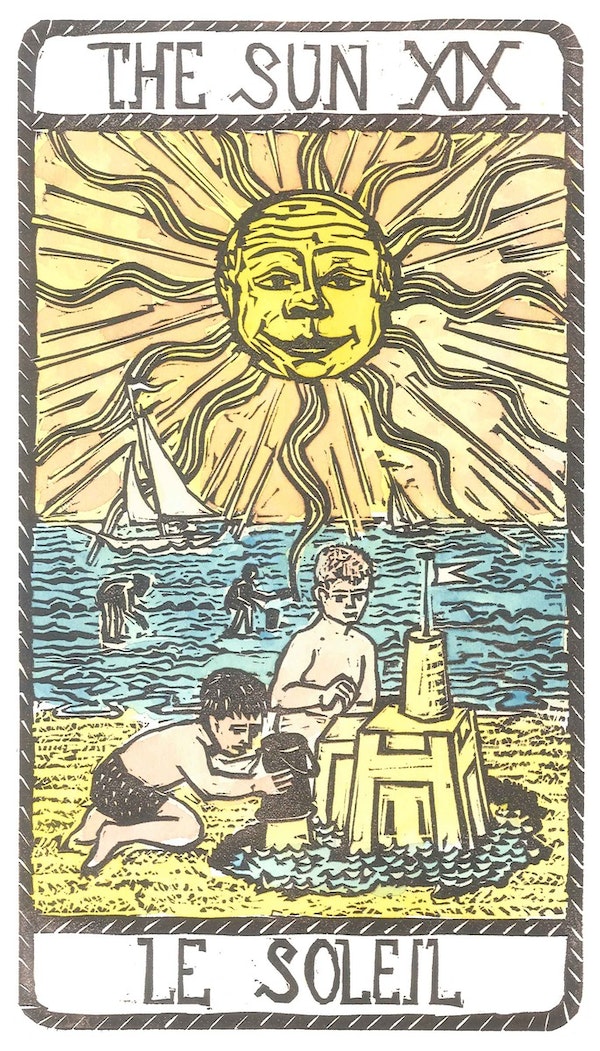 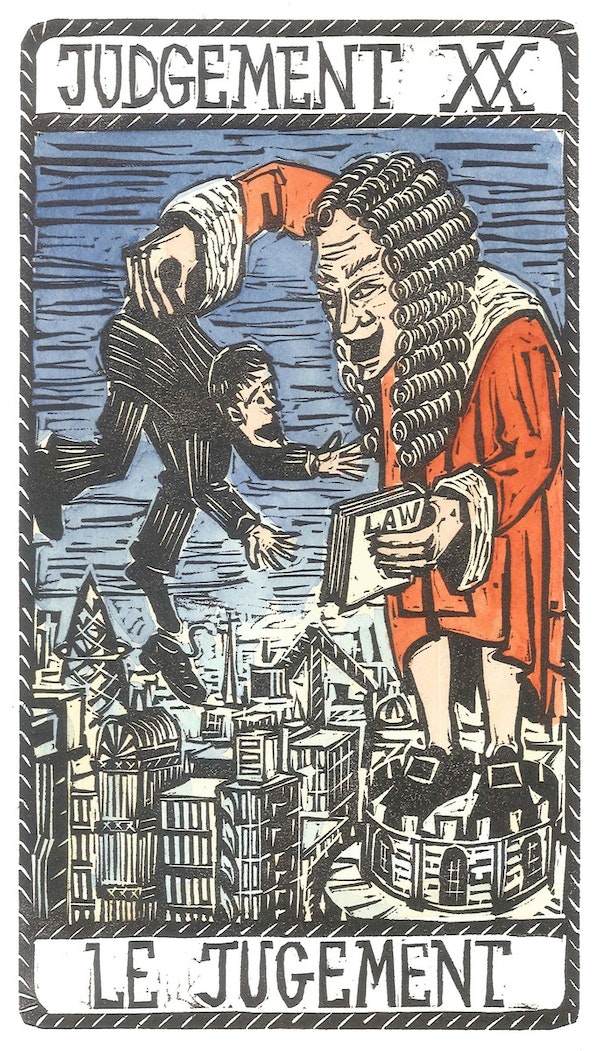 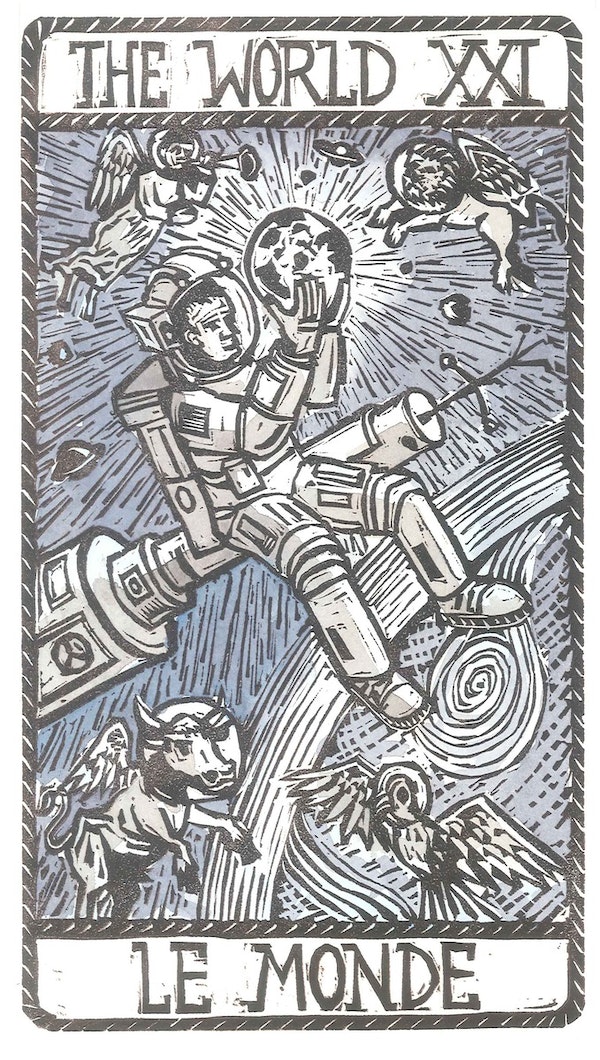